If there’s one thing that I hate, it’s social conformity. The entire routine of middle class etiquette –  of shaking hands, apathetically receiving awards, and greeting people you hardly know with a polite ‘thank you’ and a fake, automatic smile with nothing behind it. It conceals. It cages me within a cynical culture, my freshly pressed school uniform which I’ll never wear again, trapping me within a defined social role – student. Or teacher. Or lawyer/doctor/professional. Where I belong is in a pool, swimming laps and feeling the light breeze run past my new haircut, or on my bike, dodging parked cars and pedestrians, hearing a “get off the ***** footpath” and arriving home soaking wet from the rain. Instead I stand clumsily, unphotogenically, a shell of my ‘self’, greeting people and smiling, but not truly existing in the moment. This is apathy at it’s most potent. This is indifference. I just don’t care. I am forced to be here, listening to what you did yesterday, and returning a humourous, witty anecdote in return. We all politely laugh, and awkwardly move on to a new set of faces that you won’t remember in the morning. 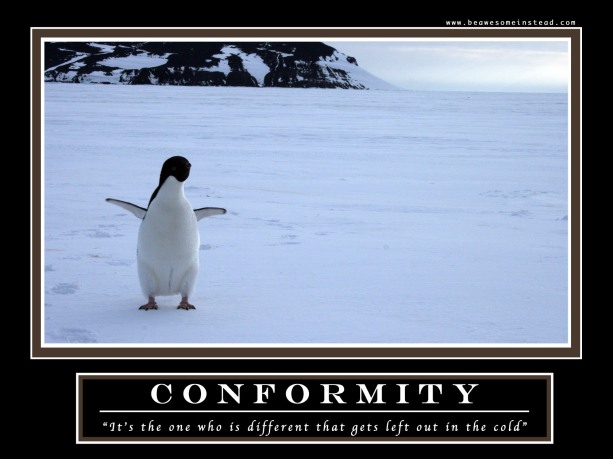 “Why this fine lad, is white, graduated from a good school, and lives in a decent neighbourhood. Feel free to revel in the banality of our middle-class mannerisms, and bask in the mediocrity of this entire situation.” This is all I hear – or want to hear. Like overblown language, this entire process reeks of tribalism – yes, tribalism. An educated, sanctimonious desire to suppress our deep animalistic instincts, and the innate desires within to grab a chair and throw it through the window. Instead we all stand there. Imprisoned lions, full of energy, engaging in a competition to see who can appear the most sedated. I assume the adults find these dehumanizing conventions to be second nature. After all, they’ve been inculcated since birth to look smart, flash a sharp smile, and hold eye contact in order appear engaged. Surely, they too once experienced the frustrations that I now rail against. But all of them still stand there: greeting each other warmly, feigning interest, offering to meet at a later date. Perhaps, deep within, some part of them feels an urge to rip off the buttoned shirt and go skydiving. Or to politely interrupt with an ‘excuse me’, pull out a sledgehammer and slam it into the grand piano on stage.

This is what I feel. But I am bounden by the rules of society, manners and the dreaded conformity which is forced upon me by my elders. Look the same. Talk the same. Be the same. Undoubtedly, a foreign accent or an interesting article of clothing will always raise questions. “A great conversation starter” you tell me, as I affably smirk on the outside, but vomit in disgust within. This isn’t hatred. The emotion isn’t so efficacious. It’s more, impatience. Frustration. Just wanting to get the hell outta here. This isn’t your fault. This is society. This is an ongoing chore that has been foisted upon you, upon us. And the only way to break out of it, is to poke your head out of the river, and swim against the stream. To be noticed. To be labelled an ‘attention-seeker’. You don’t want to conform? Well then, you don’t belong here. Take your fake, automatic smile, to some other uncharted horizon –  where pleasantries are reserved merely to politics, and etiquette does not exist – and there you can bathe in the carnal playground of humanity, hiding behind nothing but your personality. It seems that the only way for me to escape the conversation, is to break out of the chains and to disappear completely. 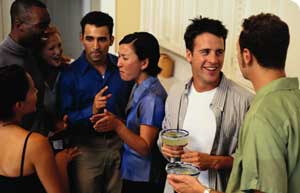 We are of course, as my former maths teacher once put it in his thick Russian accent: ‘social animals‘. It turns out we need a sense of acceptance, friendships and family to survive. The man with no one to confide in, is an unlucky man. But what irks me so much, is the way that seemingly simple gestures and behaviours have been masked over and coated with a heavy layer of convention and double-speak. It’s painfully annoying to stand there and listen to someone talk about absolutely nothing. Of zero interest to me or to anyone around. To sit there helplessly while the person beside you claps into your ear, and thunderous applause builds up from behind. Of course, I could butt in rudely and turn away, but this would spell the most grievous form of insult known to white, middle class, social animals: rejection. And frankly, I don’t want to. As much as I hate it, I simply sit there and take it, appearing engaged and civilized, but imploding within. The pool beckons. The wet drooping park, right after a torrential downpour is calling. The invigorating wind blows outside, and I, seemingly impervious, sit there in a huge hall laden with a plethora of speakers and lights and clapping hands, and I take it. I am one of them. I have become the social conformist.

Diasporism: An Aussie in Israel